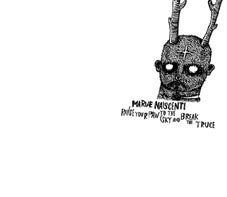 The dynamism offered by this Italian solo project in the shape of Angelo Visone Is without a doubt, the most important aspect when we heard this album. The music speaks for itself and shows different facets mutating through 10 enigmatic experimental compositions carring diverse sounds and attractive elements. For example track 3 “These Giddy Memories Ruins Me And My Sleep Or This Is A Letter I`ve Never Sent” ,containing electronic passages able to invade each cell in your brain, due to intense and abrasive beats and the way as vocals are coming up twisting with the electro elements and sounds from Harmonica,piano,synth which ads to the whole track a very experimental touch. With track called simply “Dagger” things goes in other direction, a melancholic composition built through electric piano and some arrangements through electric guitar,e-bow, synths and the suggestive work of vocals. Track 5 “Everything Is Fine But Me or the Kindness of Your Touch” is one of these tracks which reminds me to old Psychic TV, in the way Marc Manning (guess Vocal) did vocal adaptations to the track. also the classic piano gives to the track a kind of sad melancholic atmosphere which complements with the whole structure of the track. The sixth track “Holding Geika’s Halo In My Hands I Feel…”continues with its irrational, interesting exploration of sounds. This time mixing piano parts with drone elements. At h seventh track “Remember To Forget Or Ò Spanteco Didn’t Ò Core” comes with an obscure atmosphere surrounded by female recited lyrics and after some seconds the adaptation of drums parts appears to gives to the track a different perspective in comparison of how the track started. Each one of the 10 tracks has important elements which floats from dark ambient, to harsh industrial and several mixed sounds, samples and more which must be explored to understand the main idea of Angelo with his project Mariae Nascenti. A very imaginative and creative album breaking limits and standards. This album features several artists as: Larsen, Northgate, Blind Cavesa, Ludmila, just to name a few. The whole album was produced by Fabrizio Modonese Palumbo and Angelo Visone. This album includes a video which show how creative and talented is this Italian artist. just wait a full interview with Mariae Nascenti, this year 2008. And remember this is experimental music transcending all senses.

This concept album from always interesting Polish artists BISCLAVERET developing one long track with almost 39 minutes of pure ambient soundscapes surrounding through well structured Works of Dragos on vocals. The whole track contains highlights moments in which you can feel the darkness around yourself, and your mind walking through the shadowy effects and sounds handled by Thorn. The whole track is based on “Tactile” about “Mannequins” written by modern Polish novelist Brunon Schulz and the sonic adaptation of his work is now reflected through BISCLAVERET. The concept in general is very in deep and interesting from start to finish and more when you go deeply into the atmosphere and drone ambient passages, surrounded by narrative spoken vocals which seem to create a visual paradigm through sounds. This release comes in a digipack and recommended to all of you looking for interesting music!!
BISCLAVERET (Pol)
“In Hortis…”
Mcdr 2007
(ZOHARUM) 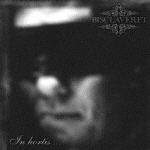 Its not surprise to get a BISCLAVERET release and to find its music so, interesting and transgressive.wit “In Hortis……” you can hear 4 ritualistic emanations with the characteristic sound which has put BISCLAVERET on a high peak opening. It’s a short untitled track with dark piano passages and a ghastly atmosphere veiled with whispers and vocals from time to time…the second track is “Kim Jestem” ,lamentations arising from Drago’s throat are accompanied by dense piano parts an a captivating atmosphere full of sorrow and desperation. Then comes, “Fulfill The Prophecy” with some arrangements similar to their debut album “Psyche Nomine” in the way as piano, ambient soundscapes and vocals are mixed together creating a perfect synchronization, to be consider as the best track here. And closing is “Prasnienie” which is in it essence another excellent track with pompous synth parts and drum passages giving that absorbing sound which keeps listeners attention all the time. Again we must have to wait until next time to look what future brings us with this ritualistic Polish duo BISCLAVERET. Note, they are working in its own record label called ZOHARUM, so check their page now. 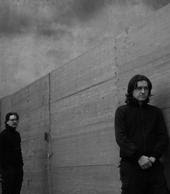 Earth, Sand, Vortex, Disorder, Rebirth, Clouds, Ocean, Isolation, Dryness, Distance…are fragmented into colossal disruptions of sounds programmed by the Italian artist Fabrizio Paolillo and Marco Ricci. Which this time focus all their creative spirits to develop an album with an unique structure, due to diverse and interesting conjunction of sounds and elements which descends slowly through each rhythmic wave generators, and effects transcending the limits of soundscapes from past releases, still you can hear some traces from “Immaterial 1 & “ “albums. But with new elements focusing on programming, live pickups, and mixings which create a release with diverse moments, going all the time from place to another one. Tracks as: “A Mournful Of Dust”, “The Flight Of The Last Firebirds”, “Tripping Beings”, “Copenhagen” are relevant titles worth to explore when getting this release.also this release includes a bonus track. “Clouds crumbling in an existent rain, all the colours are dusted mirages, thoughts caught in a vortex, left over, flaming births and dyed cities…” For more info just write to Death Paradise Recs
Posted by PAN.O.RA.MA audial/visual/Magickal Journal at 10:16