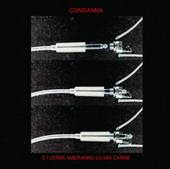 first time I’ve just heard about this Italian act, and the first idea who crossed to my mind, when listening this album was the obsessive transformation of sounds and bizarre elements dressing each one of the seven tracks included here. Firstly we have “Invito” a rhythmic electro track with obsessive beats and a deep exploration of sounds .then, comes “Taglio” an spasmodic, monotonous madness. “Anatomia Del Caso L’ Arte Morte” rough modulations and progressive madness incrementing its force with the pass of minutes. The 4th track “segnore Dove Cadure” is built into a more rhythmic electronic passages with some mechanical futuristic elements from time to time. “Epitalomio” is in my opinion the best track here, with deep dense atmospheres and some mechanical elements engraving the whole structure of the track.then, comes title album. a more bizarre, deconstructive sonic madness, with repetitive sounds, and closing is “umaNO” sequences of electro sounds floating, emerging once again and again to complete this corrosive cycle.withut a doubt a very interesting release by CONDANNA,you can experiment death/orgasm/flesh/worms/infinite chaos through each one of the structures expressed here. 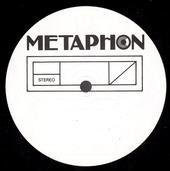 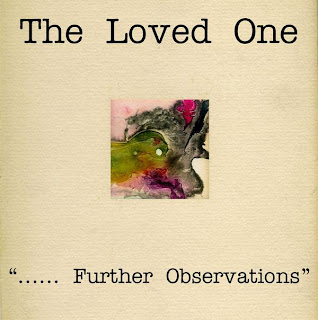 Perhaps you have heard somewhere the name THE LOVED ONE, coz it’s a very old deep underground electronic band which began in 1976 with Dryden Hawkinks.so, this pre-production release is a way to show us their upcoming material which will be out soon. The music is going more into electronic/experimental with highlights moments through the whole compositions included on this release. Tracks a:”The Depressionist” is really incredible, very melancholic and with such old school minimal elektro elements and vocals floating into strange forms as they are molding together. “…Further Observations” with some rhythmic electro patterns and effusive elements. “The Burning Tadpole” is a voyage to the very core of THE LOVED ONE’s essence, with a track floating in the fields of electronic music ranging from synth pop to experimental. “Paradox Zn” with its robotic vocals and a tiny electro elements, which makes of this release a varyating force of different sounds arranged perfectly to create a perfect atmosphere through the whole album. So its my first experience with THE LOVED ONE and I must sure, a very unforgettable experience due its sticking music.
Posted by PAN.O.RA.MA audial/visual/Magickal Journal at 18:35