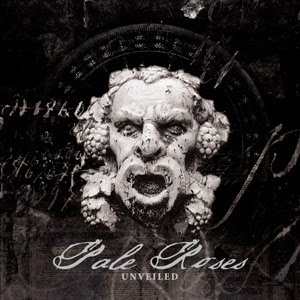 PALE ROSES (Fra)
"Unveiled" Cd 2011
(Rage In Eden)
Under "Unveiled" The Frnch project PALE ROSE,recreates with this second album inspired by the first and the second world Wars,Celtic,nordic,Greek Mythology...al this package in 11 beautiful and sensitive compositions. Opening the album is " Here We Are",a beutiful composition built by acoustic guitars and voice crawling witin the whole picture of tyhe track.Then comes "A Time To Love And A Time To Kill",one of the most incredeible pieces here.due the great works of voices and wisheprs surround by such sorrowful guitar atmospheres. Th music reminds me mostly to the work of British Sol Invictus,but with respective own sound. "Rise (For Madame Blavatsky),is an interesting piece baed in bass lines ,voices converging perfectly in a strong one composition. "Red Eve","Summer of 64" continue under the melancholic paradise created by PALE ROSES,with such stiking guitar melodies covered by beautiful male voices around them.being "Summer 64" transformed by piano passages too."Dr Dee","Elsie Wright","Urie Geller" are also tracks with high power due the sad and melancholic elements arranged in a perfect way,showing us the whole potential of this representative exponent of neo folk nature."Montague Rhodes James","Fire In The Moor" and "The Cruel Mother" as bonus track,complements the album.A recommended album to fans of Death In June,Sol Invictus,Fire+Ice,Current 93,Strenght Through Joy...The album cover was designed by Lukasz Pawlak. 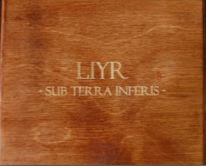 LYR()
"Sub Terra Inferis" Digipack 2011
(Rage In Eden)
Again we experiment LYR,this time with its second album,more mature and structured than the first one,which is a good point because the first album was a very interesting piece. "Sub Terra Inferis" is built under 10 compositions opening with tracks such as "In Excelsis" and "Mysteriis",being both of them such bombastic pieces of sublime nature,due the energy and powerfull emanations registered here. You shall experience the vacuity of senses and inner freddom when hearing next pieces such as "Litanie" and "No Mercy",both of them adapting perfectly to the conceptual process revealed here,I mean,apocaliptic exposition of sounds converging through orchestral martial elements. "airë (Eternity)","Crépuscule" continues the last path,strong and in deep full of destructive apocaliptic elements. A very recommended piece for those into martial apocaliptic musik. The way as are put together voices at times,and martial percussive sounds combined with orchestrations are just amazing and well elaborated. Other tracks here are "Avénement","Entre Deux Mondes","Anima Lacerata","Hails Valkiyrs".The presence of Alexandra to joint LYR,gives a melancholic touch to "Sub Terra Infernis". THe album comes in digipack,and also there is a version limited to 54 copies which comes in a wooden box.including a 4 tracks Cdr.Ask now Marcin & Rage In Eden In order to get one of those,of an impressive project as the one by LYR. 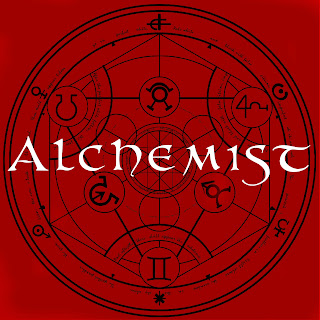 ALCHEMIST()
"Fire" Free download 2011
(Sombre Soniks)
The enigmatic shape of ALCHEMIST emerge from a dismal paradise to mutate into a sole form,and this alchemic process was veiled under "Fire" the first release of this project which offer us 5 pieces of pure spectral ambient soundscapes moving into surreal scenarios and entering you to vast regions of darkness in which resides the inner fire,ready to be trasmuted. "Loka Vuotaa Verta" is the first experience hee,full of repetitive drone elements dressed with sutile spaces complementing perfectly each other to handle a perfect balance from start to finish. "Tumma Alkemisti" is the second spectrum,this time more dense and vaporous than the first one,and keeping its strong presence and mutational nature within the pass of minutes. Next comes a version of Loka Vuotaa Verta" in two versions the first one is a remix,in which the music sounds more in deep than first one,but still keeping its own characteristic structure.The other one a demo verion.The album close with "Tumma Alkemist" a demo track too,with lower sound but with such enigmatic passages which surrounds the whole picture of the track. While ALCHEMIST sails into a sea of mysterious enigmatic shape,we must let you know that this solo project endeavors to search the dark side of thought and sound.
Posted by PAN.O.RA.MA audial/visual/Magickal Journal at 21:46